So today I decided to check this old blog out...and I will start with

HELLO. ..-echos-.... Well again , remembering what email and password I used for this blog is very tough since I've went through lots of emails and cringe worthy passwords in my early days...what was I thinking.

Thirdly, no, no new mods. I will..kinda explain..somehow somewhere under this.

Before that like some other people, I played GTA SA on the ps2..such a fun game. few years later after i finished my "PSR" Exam, we had this long holiday till the next school reopens which is the next following year. I spent that holiday with some fun things and later found out about GTA SA on PC and Mods from my fellow Bestfriend who owns a 'OK' laptop at that time after passing his exam started playing it at my house. Ya know back when SAMI installer to install Car mods with the only few cars that existed and they we're mostly either scratch made or converted from NFS, truly respect the old modelers.

At some point, we found SA:MP. I don't remember what version that was but we first type in the search box was 'drift' and lots of server came out and lots of em was actually lively(unlike today-cough-) joining random servers Stunt/Drift whatever which has actually Fun stuff in it filled with Awesome People.The first server I went to and met an awesome Aussie guy/Owner of the Server/IT guy was Holden1 and Tycho(idr how hes name was spelled) who taught us the ropes of SA:MP and how to install SAkina using imgtool lol.. and made us Admin of the server later on. Sadly, we have lost contact after Hotmail Messenger was shutdown and to most of the other people who haven't known my skype also. Other than that i guess [SD]? server, we used to have fun with not only elegy's but other random cars were actually used and going downhill race from the map above Big Ear.

At the middle of this we have already started playing RC Drift Cars and made Team S.S.D, went through some competitions as one of the youngest RC Drifter back then, the others drifters were mostly at their 20s or married. Honestly, with the money I spent on RC stuff, I could work on my actual car right now. Back to GTA again, So we brought our RC Drift Team S.S.D to GTA SA:MP as a Clan since that what they called it. I don't have big expectations that it will grow at all when it started. We first started recruiting Holden1, Kelvin who is now known as Kenta?, later Keisuke followed by Ryosuke and Yohsuke and then random I don't remember their names. I know most of these guys from Youtube and somehow we became friends and they helped the team grew.

So now after all that, The Start of My Modding. I first started as a "Paintjob" Maker, just slapping random stuff to an existing cars or mods using their existing mapping by guessing where they are since I don't even know how to remap and most don't have templates. Later, I started to do random parts step by step and later like other newbies do, grab parts from random cars and just slap them on.. All of that to understand how modding works. After years and years our skill grow and grow and all of that is what i have shown on my previous posts. After years more people have somehow know about my existence, I came to a server and some knew who I was or there was a fake Yazzy with SSD tag in the server which was actually funny so I used a different name to have fun with em. So now I don't use Yazzy name in SA:MP anymore as i didn't like the attention.

After Years of Modding I realized, What The Actual Fuck Am I Doing. Where is the Fun in this? Where was the Fun? Most of us have Trust Issues . None of us have Fun together again. Its Sad. I missed the days when we actually have fun, a simple "Hey Lets Twin Drift at /Drift1 Again!" was great. This might still exist but the old everyday fun will never come back. There is no reason to stay in a server for so long till you forget about the time anymore. Now its just "Hey wanna help me with a video?" that's the only reason to go on a server nowadays.

So Why did I Stopped Modding and GTA?
Well, simple answer I just grew up. If you look up, I just lost the fun and I have lost interest. I tried to find that interest again even for GTA 4 & GTA 5 but I gave up. GTA is just Not Worth It anymore.

So what am i doing now?
I just finished my diploma, still a long road ahead of me...now either trying for more further studies of either moving out of this country for better education or just find a well pay job. My new fun is in other games, if you have been following my youtube channel its now Assetto Corsa drift videos since all they do is just race or drift and nothing else and my 2nd channel for MMORPG is still growing slowly.

Why I Started Playing MMORPGs?
with GTA, there is no actual thing, its just free-roam random stuff. I lost my reason to stay. So i tried to find something that will make me stay and  progress slowly with my character, and after playing lots of RPG games, Mabinogi was the answer to me. It takes years to finish every talent in the game and i'm not even done yet, Game Content is still going. Followed by my guild in the game and trying to make it grow is the reason I stay.

For S.S.D, it is obvious, The team S.S.D in real live and from GTA ,my bestfriend and my self have all split up to different ways doing our own thing. It is sad but its been a long great run. I'm quite thankful for all of the member support over the years and Yohsuke made team video for us.


Its already 2am now, my eyes are getting heavy... that's all i have in my mind at the moment.

So lastly i will say, I am sorry if i have offend any of you or said anything wrong, Thank you for all the years of support you guys have given me for all the things i never though i could do. Its been a great run.

tl;dr Story of how i started, Stopped cause I found it no longer fun and have grown up.  I just finished my Diploma(yay) going to further education. Team S.S.D have split up. Sorry and Thankyou.

Proud To Be A Bruneian

Yazzy
Kuala Belait, Lumut, Brunei
Its Yazzy from Brunei :o . I started doing these stuff since 2008. 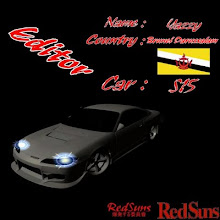 My Cars and others For DOWNLOADS O: 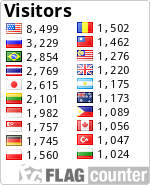 Im one of the Brunei ;D